Breakfast with a Robot & The Three Laws | Isaac Asimov, 1942 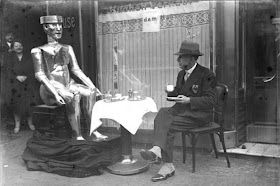 “The first artificial human machine with its inventor, the English Captain WH Richards,
in the conservatory in Berlin. The “robot” can speak, turn its head, hold objects and bow. It is made ​​of steel.”
German Federal Archive (source)

The Three Laws of Robotics 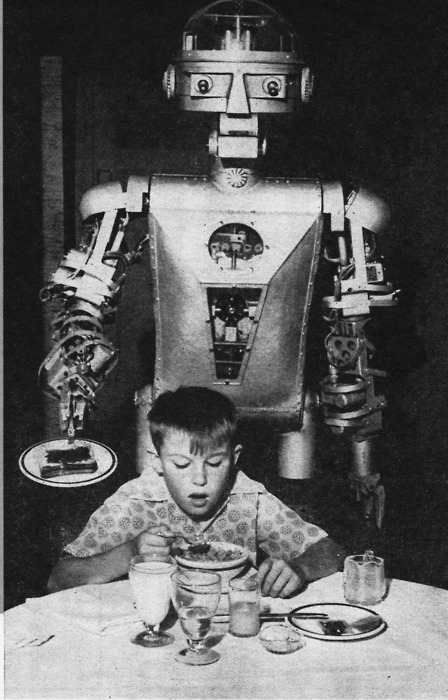