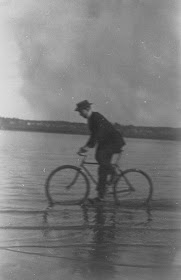 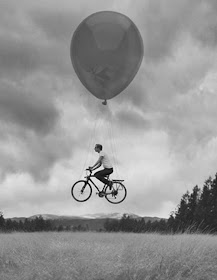 ''When the spirits are low, when the day appears dark, when work becomes monotonous,
when hope hardly seems worth having, just mount a bicycle and go out for a spin down
the road, without thought on anything but the ride you are taking.'' 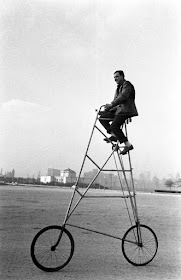 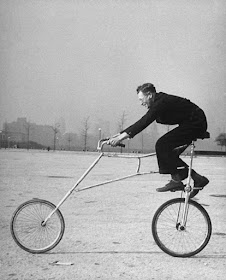 ''But I pushed and pulled in vain, the wheels would not turn. It was as though the brakes were jammed,
and heaven knows they were not, for my bicycle had no brakes. And suddenly overcome by a great weariness,
in spite of the dying day when I always felt most alive, I threw the bicycle back in the bush and lay down
on the ground, on the grass, careless of the dew, I never feared the dew.'' 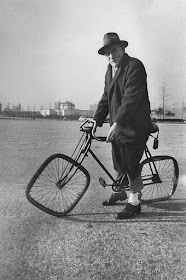 ''It is by riding a bicycle that you learn the contours of a country best, since you have to sweat up the hills
and coast down them. Thus you remember them as they actually are, while in a motor car only a high hill
impresses you, and you have no such accurate remembrance of country you have driven through as you
gain by riding a bicycle.'' 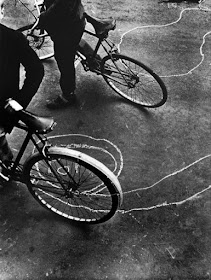