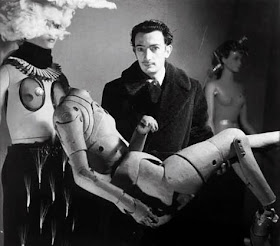 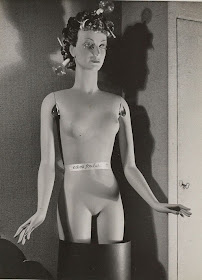 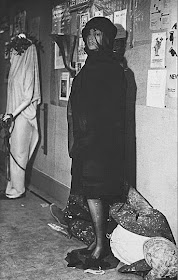 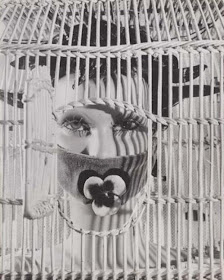 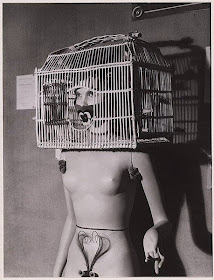 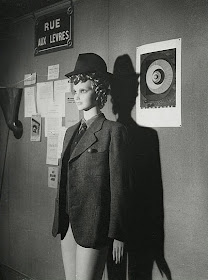 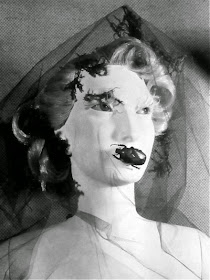 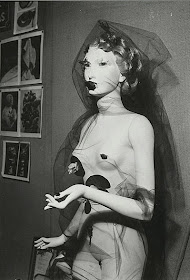 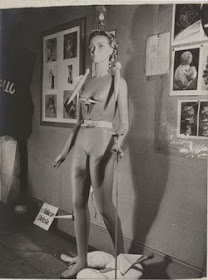 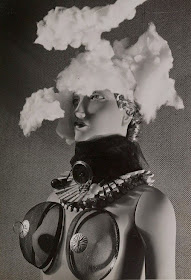 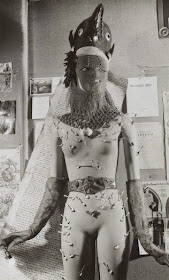 The Exposition Internationale du Surréalisme was an exhibition by surrealist artists that took place from January 17 to February 24, 1938, in the generously equipped Galérie Beaux-Arts in Paris. 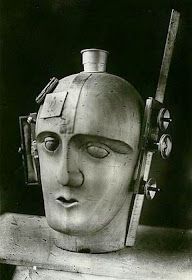 It was organised by the French writer André Breton, the surrealists' brain and theorist, and Paul Éluard, the best known poet of the movement. The catalogue listed, along with the above, Marcel Duchamp as curator, Salvador Dalí and Max Ernst as technical advisers and Man Ray as head lighting technician.
The exhibition was staged in three sections, showing paintings and objects as well as unusually decorated rooms and mannequins which had been redesigned in various ways.

The surrealist artists had a special interest in mannequins. With these mannequins the art myth of Ovid's Pygmalion, a sculptor who carved the perfect woman, fell in love with her and then asked Venus to awaken her to life, is kept alive.

< Raoul Hausmann, who was an artist of Dadaism, which preceded Surrealism, had already created a mechanical head in 1919 named "The Spirit of Our Age". It was a decorated head of papier-mâché, such as hairdresser apprentices use to learn how to make wigs. Thus, the everyday item lost its common function and experienced a transformation into an artistic concept. Hausmann was involved in the first international Dada exhibition, which took place in 1920 in Berlin.

The sculptor and photographer Hans Bellmer, who emigrated to Paris in 1938, was also a participant of the exhibition. He had been experimenting with mannequins since the beginning of the 1930s.